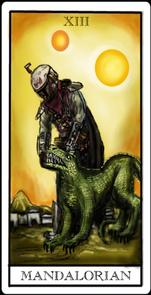 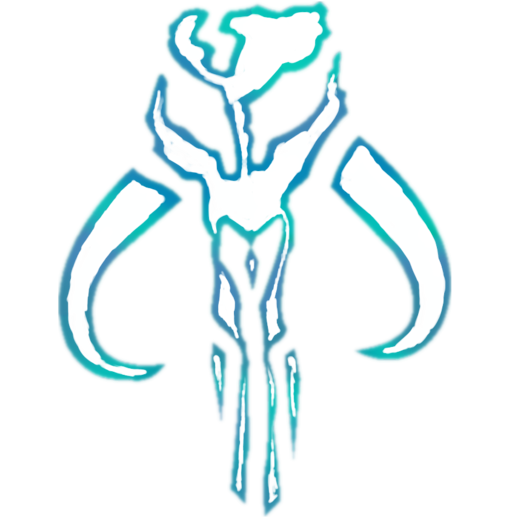 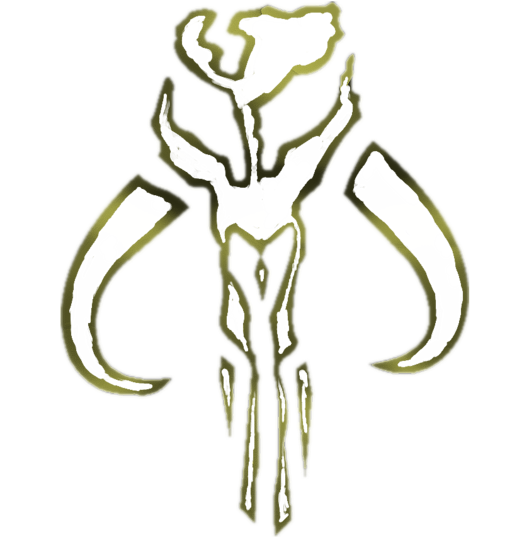 the flightsuit is a modded dickies jumpsuit. tactical gloves, flak vest is made from duck cloth with matching color scarf with mythosaur pin and girth sash. the pouches are eastern bloc military surplus, velleman super stereo ear built into custom housing and into headphones. boots with equestrian half chaps and metal heel plates. clip on rebreather for the front of the helmet. a half cape and trophie wookie braids are mounted to the collar plate. 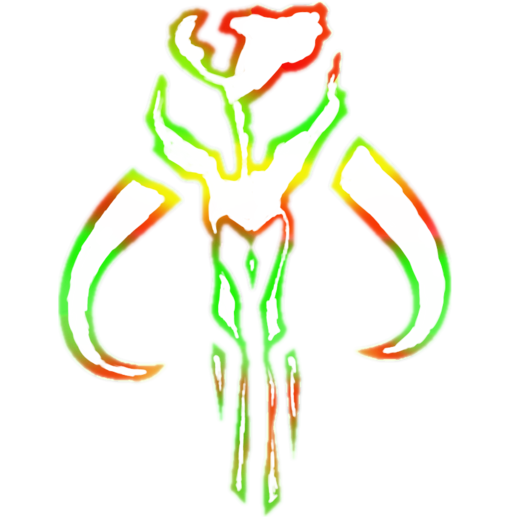 ​
Watch this space and like/follow my Facebook page for updates.

I started this project around Thanksgiving of 2019. I've been enamored with the Mandalorian Mercs for years, but was a bit intimidated by the idea of building my own set of Mandalorian armor. I had zero experience costuming, but a little previous experience making props. I quickly ordered a 3d printed helmet and the torso armor plates off of Etsy and started playing around with the Mando Maker website trying out different color designs. This was 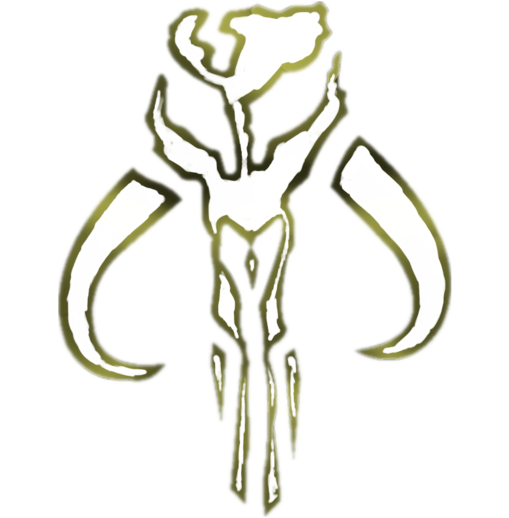 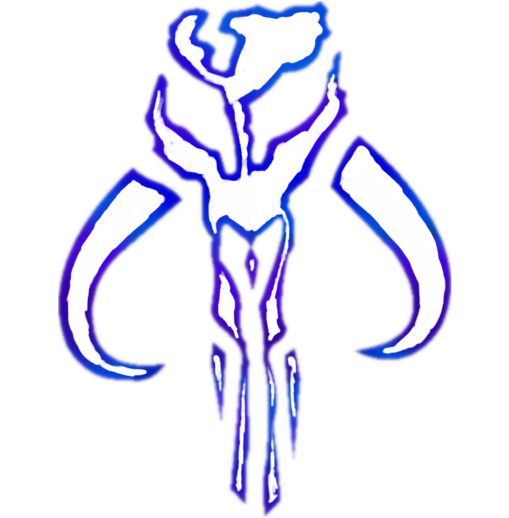 shoulder, collar, chest, iron heart, ab and cod piece are 3d printed, shins and boot armors are 6mm sintra. the knees and the back plate are vacuformed abs.

Evolution of the Design 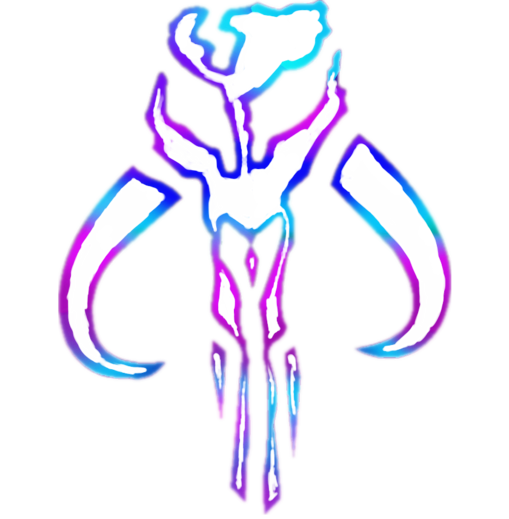 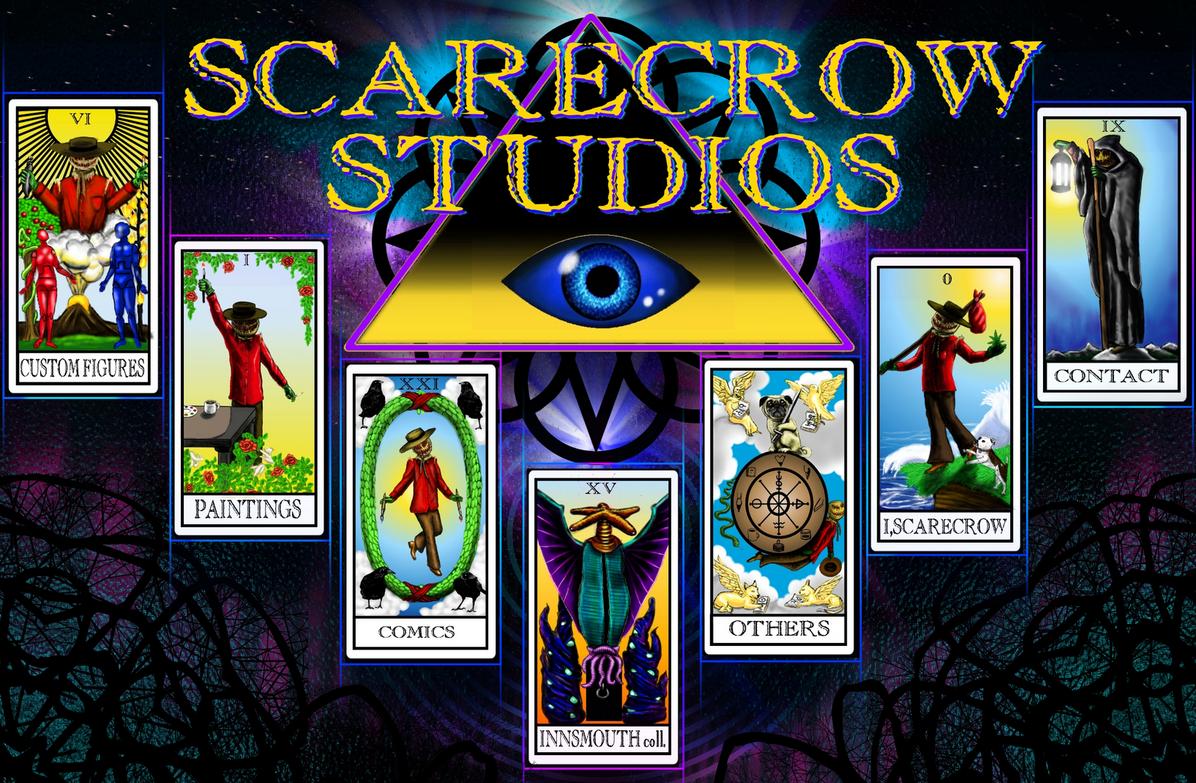 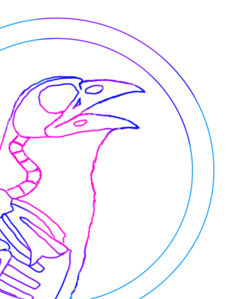 I started a W.I.P. thread on the MMCC boards for advice and slowly started

collecting up the items I needed as I learned the rules. A tan Dickies

jumpsuit that I removed the outside pockets from. A lot of the original

Star Wars designs are based on old military designs, so I decided to base

mine on a WW1 Ottoman Desert Soldier influence. I started collecting

I started refining the concept art as I collected parts and learned more. Since my helmet came long before the final armor and I wanted to paint everything at once, I started wiring the helmet with lots of LEDs, a pair of fans and a wireless microphone. I also redid the keyhole slot on the back, sculpted "jaig eyes" and some of the seams shut.

I made 2 blasters from cheap nerf guns. One I extended the barrel, sculpted a clip, added some greebles and a sling and repainted/weathered. the Other is a total sculpt over with an extended barrel and new finish. Three grenades were made from Soviet surplus field markers, rewiring them with LEDS and other accents. As the project went I added more desert themed accents like wraps on the blasters, a Gaderffii, a moisture vaporator canteen, some desert themed trophies and wookie scalp braids, the neck scarf to close off the helmet, etc...

​The supplies started coming in to start putting parts together. You cant show laces or exposed zippers, so I added equestrian half chaps to cover between my boots and pant ends and hold the shin and foot armor. I had a Velleman Super Stereo Ear made and I built a custom radio chest box for it. It makes it possible to hear in the helmet with the fans on. The wireless mic in the helmet feeds to a speaker in the front belt pouch. I cut the slots in the chest piece to fit the LED display I bought.

Next step was learning the spray paint process for that chipped look and buy paint. Costuming takes a lot of products and methods I had no familiarity with previously. Masking Fluid, Weathering Powder, Fuller's Earth, Spray Paint Overspray, Wiring LEDs and Sewing. Luckily there's a video tutorial for just about everything. I'm still waiting on a few things and hope to have it finished and ready for MMCC approval this Summer.

At the bottom of the page are a list of all the artists I bought things from to make this kit. If they have a website its listed, otherwise check Etsy or Ebay.

A special thanks to the makers whose talents helped make this possible. All of them can be found on Etsy, except Darth Cleavage who I ordered directly from her website. If they have a website I linked to it below, otherwise check etsy, ebay or facebook.